Continuous training is needed to advance and maintain a standard. We have very few blackbelts, especially with higher ranks.
The instructors below are recognized as having the skills to teach our syllabus and the principles applied within Jinen Karate Jitsu. They have given years of service and set high standards in skills and character and are great role models. 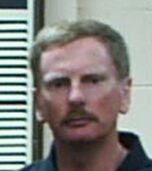 ​Max Bell - 4th Dan
​Training since 1972 (18 years in Rob Dobson Karate)
Max began his training at Rob Dobson's Karate in 1972 and continued on into jujitsu with me many years later
His striking and kicking skills, the co-ordination and ability to show these skills makes him a great asset to the club. 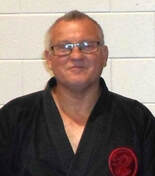 John Schuh - 1st Dan
John earned a 2nd Dan in Zenbukan Karate under Grand master Bill Vaughan (deceased). He has over 20 years experience and is one of the most helpful members, helping out regardless of the aches and pain. 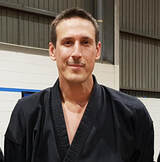